written by This Delightful Life September 7, 2019

What better way to compliment your turkey this year than stuffing? Impress your guests by trying these best Thanksgiving stuffing recipes.

They are homemade and delicious, and whether you like your stuffing to be more traditional, or are open to something more creative, there’s something here for everyone!

Here are over 20 of the best Thanksgiving stuffing recipes for you to enjoy this year. 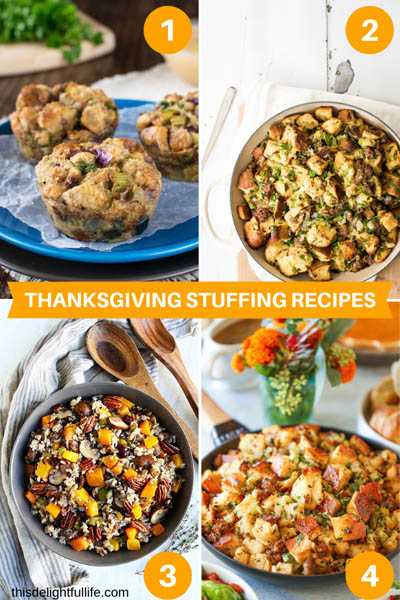 Stuffing Muffins are a fun way to change up a traditional side dish. Baking stuffing in muffin tins is a delicious way to serve it at your holiday dinners.

Take your Thanksgiving stuffing to the next level with this beer bread stuffing and use beer bread instead! It adds so much flavor and the end result cannot be matched!

Wild rice stuffing with butternut squash, mushrooms, dried cranberries, herbs, and pecans is a delicious gluten-free stuffing that is perfect for Thanksgiving, Christmas, or any day!

This will be the only stuffing recipe you will ever need! So much fresh herbs and so buttery. It’s simply the best EVER! 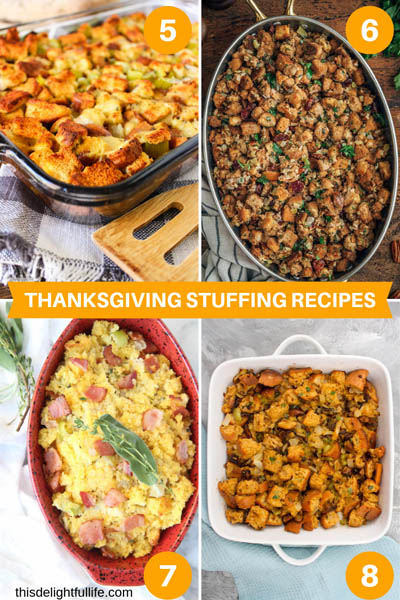 This Potato Bread Stuffing recipe is a must have for all holiday dinners. Savory and mouthwatering, it will have even the pickiest of eaters asking for seconds!

This Cranberry Pecan Stuffing blends whole wheat and country croutons with sweet-tart cranberries, toasted pecans, and herbs. Use vegetable stock for a vegetarian Thanksgiving side dish.

This easy Oyster Stuffing is made with smoked oysters and is an easy, affordable, and delicious twist on classic oyster stuffing. 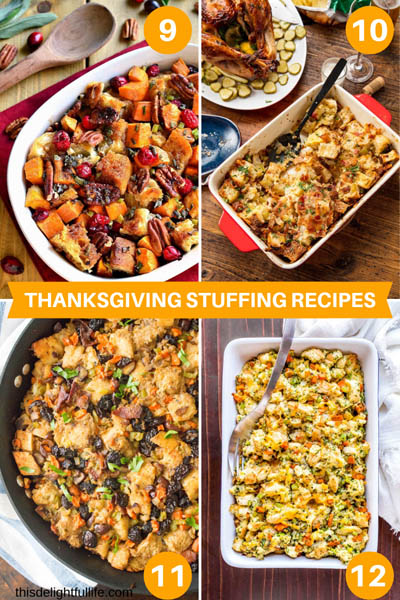 This Sweet Potato Cranberry Pecan Stuffing recipe is a little bit sweet, a little bit savory, and the perfect addition to your Thanksgiving or Christmas table! A whole new take on stuffing!

Beer nicely cuts the richness of the bacon and cheddar in this stuffing recipe.

A traditional herb stuffing made with crispy french bread, cheddar cheese, tender onions, celery, and carrots, plus an extra dose of herbs. An easy and cost-effective side dish for any big dinner or event. 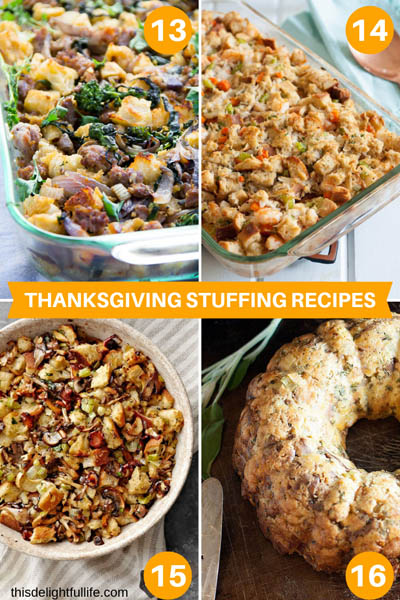 Italian sausage stuffing with broccoli rabe and parmesan, onions, garlic and a zing of hot paprika, perfect for Thanksgiving.

With a bit of crab and shrimp in each bite, this Mid-Atlantic seafood stuffing (dressing) is a delicious way to bring coastal flavors to the holiday table, or just a great dish to enjoy anytime!

A lighter-than-expected stuffing. Serve this Thanksgiving favorite with The Perfect Roast Turkey. Assemble the stuffing a day ahead in a buttered dish, cover, refrigerate and bake when needed.

16. Stuffing In A Bundt Pan 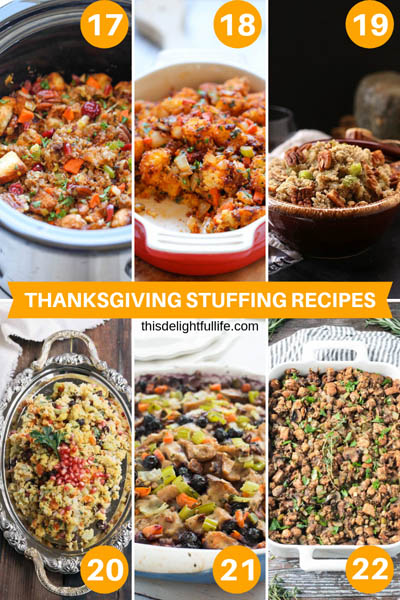 The best and easiest stuffing ever made right in the crockpot, making Thanksgiving prep just that much easier!

An easy, no-fuss, make-ahead crumbly stuffing loaded with so many amazing flavors and a kick of heat that the whole family will go crazy for! It’s so good, you’ll want to make this every single year!

This healthy, low-carb cauliflower rice stuffing will convince your Thanksgiving guests to jump on board the cauliflower rice train, while secretly getting them to eat more veggies! Plus it’s ready in under 20 minutes.

This is the perfect side stuffing to accompany the main meat, like chicken or turkey. It’s also the perfect vegetarian side dish because it doesn’t involve any meat products or broths.

Traditional bread stuffing with mushrooms, celery, and lots of herbs. Soft, moist, and fluffy. A definite must for your Thanksgiving table.

Enjoyed these best Thanksgiving stuffing recipes? Then pin it for later!

That way you can easily view them later!